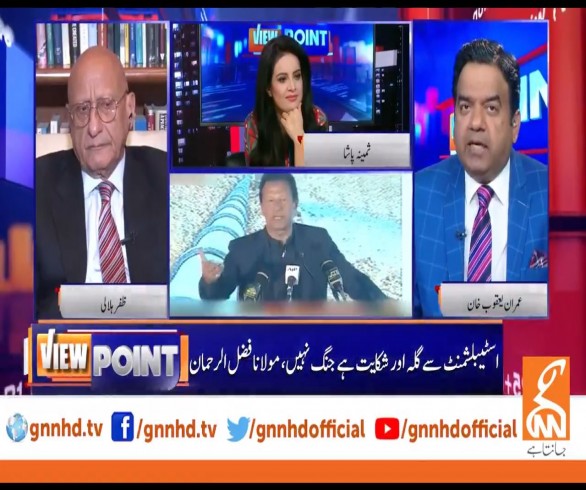 "Khattak wanted to tell the Prime Minister that if his people are not given senate tickets and are not duly elected, then he can go on his own separate path. Now you may call this a warning or an advice," the veteran journalist said on GNN's show 'Viewpoint'.

Khattak, the influential former Chief Minister of Khyber-Pakhtunkhwa, had said in his speech that if he wanted, he could bring down Imran Khan's government. On Saturday night, he issued a denial.

Dismissing Pervez Khattak's subsequent denial, Imran Yaqub Khan said that in politics, it has been a tradition to give a statement and then deny it. "Only those things are denied that are actually true," he said.