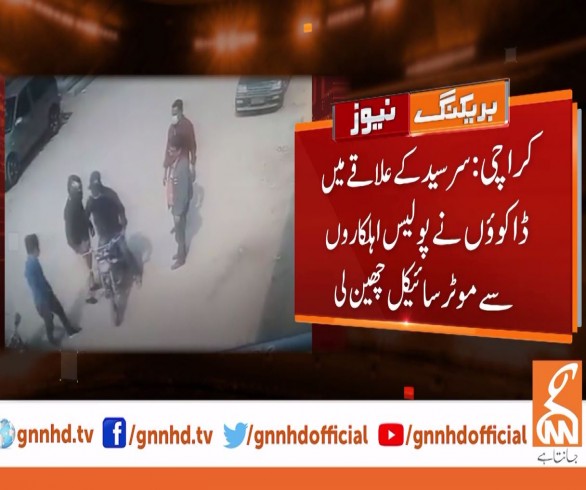 Karachi: Two police officers were robbed by two armed dacoits as they snatched their motorcycles at gunpoint near Sir Sayed University of Engineering and Technology in Karachi, GNN reported.

As per details, the incident happened in a densely populated area where both officials were wearing civil clothes instead of their uniforms when they encountered the robbers.

GNN has obtained the CCTV footage of the incident where it can clearly be seen, how both robbers snatched motorcycle without any hesitation and fear.

Earlier in January, two armed robbers snatched mobile phones of a husband and wife within the duration of ten seconds near Buffer zone area of Karachi.

Before that three armed robbers raided a grocery store and escaped with a haul of cash.

Karachi has been reporting many robberies for the past few weeks, raising question on performance of Sindh Police and now even police is not safe from this random burglaries.