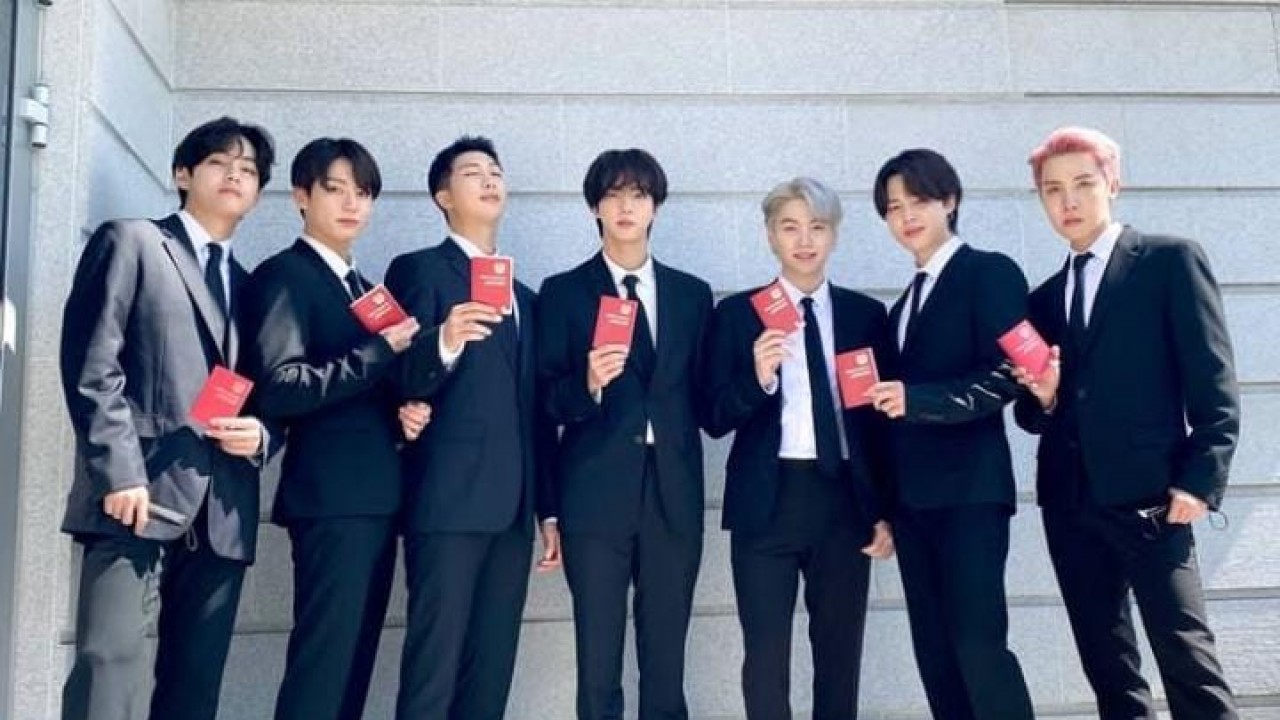 On Tuesday, BTS was officially sworn in as special presidential envoy for future generations and culture then given diplomatic passports in the ceremony.

The pioneering septet are credited with generating billions for the South Korean economy, and last year their label HYBE made a high-profile stock market debut.

The pioneering septet has reached the global superstar position, and the single “Dynamite” topped the Billboard Hot 100 last year, surpassing the US charts for the first time in South Korea.

The members of the band RM, Jin, Suga, J-Hope, Jimin, V and Jungkook received red-covered diplomatic passports along letters of appointment and fountain pens while giving a fist bump to Korean President—celebrating the achievement with applause.

“I am very honored to have been awarded this title,” BTS leader RM said at the Blue House ceremony.

As a special envoy, Kim Namjoon aka RM will give a speech and play a performance video at the moment of the Sustainable Development Goals on Monday prior to the UN General Assembly.

It is pertinent to mention here that this will not be the band's first appearance at the General Assembly as previously, in 2018, RM provided UNGA with an English speech on self-development entitled “Speak Yourself”.

In 2020, BTS virtually presented a speech of encouragement during the pandemic.

South Korea has emphasized the role of K-pop in burnishing its national image, even going so far as to delay mandatory military service for some male K-pop stars under a revision of the country’s Military Service Act known as the “BTS law”.