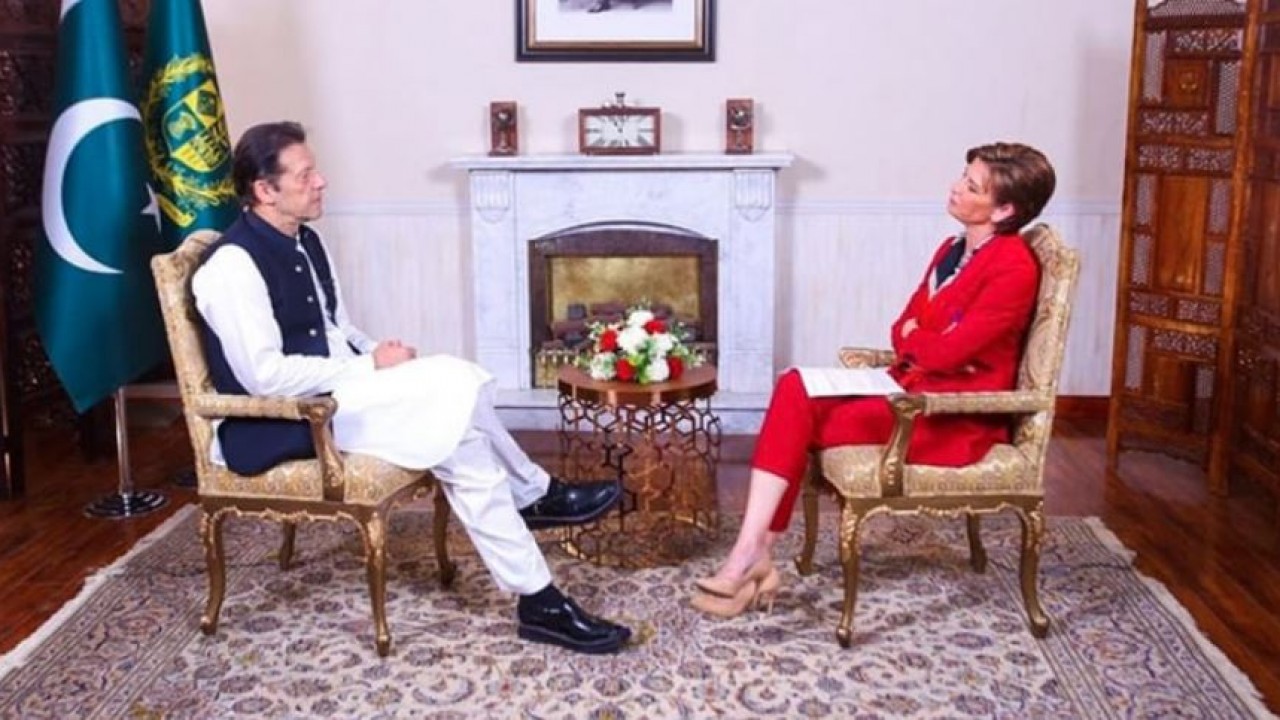 Interview with CNN: PM Imran asks world to engage with Taliban, incentivise them in governance

"They (The Taliban) should be incentivised on issues such as inclusive government and women's rights," the premier said while appearing in an exclusive interview on CNN programme 'Connect the World'.

Khan spoke about the situation in Afghanistan, the role of Pakistan in fostering regional peace, and the country's relationship with the United States.

"Where Afghanistan goes from here, I am afraid none of us can predict. The country can face terrorism again," the premier responded to a quetsion of programme host Becky Anderson.

The premier was of the view that Afghnaistan could not be controlled through foreign militaries.

About the withdrawal of United States and NATO forces from Afghanistan, Imran Khan said the US should had attempted a political settlement with the Taliban from a position of strength.

Since Pakistan decided to support the US on its War on Terror, thousands of Pakistanis were killed in terrorist attacks by militant groups, he added.

When CNN asked the premier that the global concerns regarding women's rights during the Taliban regime, PM Imran was of the view that it was a "mistake" to think someone from outside Afghanistan would give Afghan women their rights.

"Women in Afghanistan are strong. Give them time, they will get their rights," the premier said.

The Prime Minister said the Americans did not understand who the Haqqanis were, adding there was complete ignorance as Haqqani was a Pashtun tribe living in Afghanistan.

Forty years ago, when the Afghan Jihad took place there were five million refugees in Pakistan and amongst them were the Haqqanis who were fighting the Soviets, he observed.

The Haqqani leadership was born in the Afghan refugee camps in Pakistan, he recalled.

“We were supposed to check which were of the people living in refugees camps were Taliban or not.”

To a question, he said the total budget of Pakistan was $ 50 billion for 220 million people while Americans were spending $ 300 million dollars a day and in total, they spent $ two trillion on the Afghan war, PM told CNN.

Responding to another question, Imran said it was a job of the intelligence agencies to meet everyone.

The United States Central Intelligence Agency (CIA) would be speaking to the Taliban as it was their job, he remarked.

He said the question was whether in the past Pakistan was in a position to take military action against the Taliban, adding Pakistani Taliban were attacking the state of Pakistan at one time.

There were two suicide attacks on General Pervez Musharraf as there were sympathies with the Taliban within Pakistan, he narrated.

He said Benazir Bhutto was assassinated by the Pakistani Taliban because she was considered a collaborator of the United States.

The Prime Minister said Pakistan’s relationship with the United States during the occupation of Afghanistan was terrible. “The US said we were paying Pakistan and they paid us $ nine billion for civilian aid and $ 11 billion as military aid and we were like a hired gun.”

“In Pakistan the people felt that after joining the US we had bombs going everywhere. Benazir Bhutto was killed because of that and our economy tanked. Our economy lost $ 150 billion.”