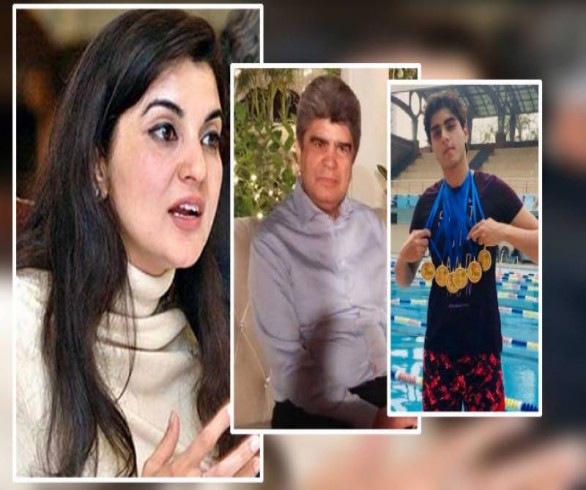 At least four people were crushed to death by protocol vehicles of husband of Federal Ombudsperson for Protection against Harassment of Women at Workplace Kashmala Tariq on Srinagar Highway in Islamabad on Monday night.

According to details, the incident took place on Srinagar Highway in Sector G-11 where the protocol of five vehicles broke the signal and crushed innocent civilians to death.

The Land Cruiser hit a motorcycle, a Mehran car and a Suzuki van, resulting in four casualties and two injuries.

As per sources, Kashmala’s husband Waqas Khan and son Azlaan were also travelling in the vehicle which was driven by the driver.

Waqas Khan is undergoing treatment at a private hospital and police arrested the driver.

The case has been registered against Kashmala’s son and husband, while the vehicle has also been impounded.

The dead and injured were shifted to Pakistan Institute of Medical Sciences (PIMS) Hospital.

According to FIR, all four victims were friends who were visiting Islamabad from Manshera to take Anti Narcotics Force (ANF) Test. The FIR added that a white jeep number WY077 collided with the Mehran killing all four passengers on spot.