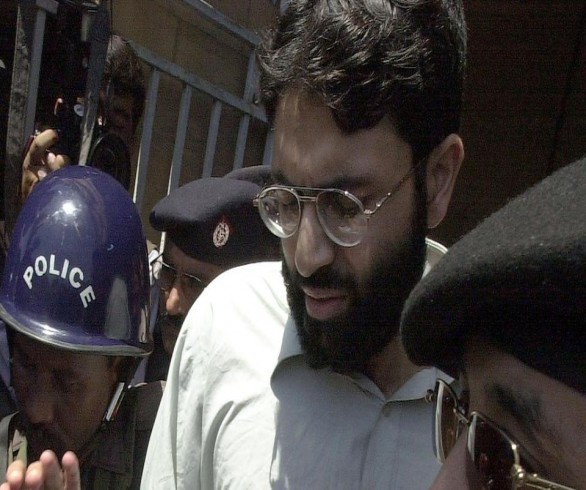 Islamabad: The Supreme Court of Pakistan (SCP) on Tuesday ordered to shift Omar Sheikh, the prime suspect in Daniel Pearl murder case from a death cell to a state rest house.

According to details, the apex court ordered that all detainees in the case should be brought to a common barrack of jail for two days after which they should be kept at a government rest house.

The Supreme Court on Monday had halted the release of prime accused in Daniel Pearl murder case, Omar Sheikh, and others for one day.

The SC's verdict had come after Sindh government through its prosecutor general moved a petition in apex court against acquittal of the accused on January 29.

On January 28, Supreme Court had dismissed the appeal of the Sindh government and acquitted prime accused of the 2002 murder of American journalist Daniel Pearl.

On December 24, 2020 the Sindh High Court had declared the notification of detention of four accused as null and void in Daniel Pearl murder case.

Sindh Home Department had kept the accused under detention even after SHC had ordered to release them.

The Hyderabad’s Anti-Terrorism Court (ATC) in 2002 had handed death sentence to main accused Ahmed Omer Saeed Shaikh and life sentence to other three accused after finding them guilty of abducting and killing Daniel Pearl.

On April 02, 2020, the decision of ATC was overturned by SHC commuted the death sentence of Ahmed Omar Saeed Sheikh to seven years and acquitted three others who were serving life terms.

Daniel Pearl was on an assignment in Karachi in January 2002, when he was abducted and slain.