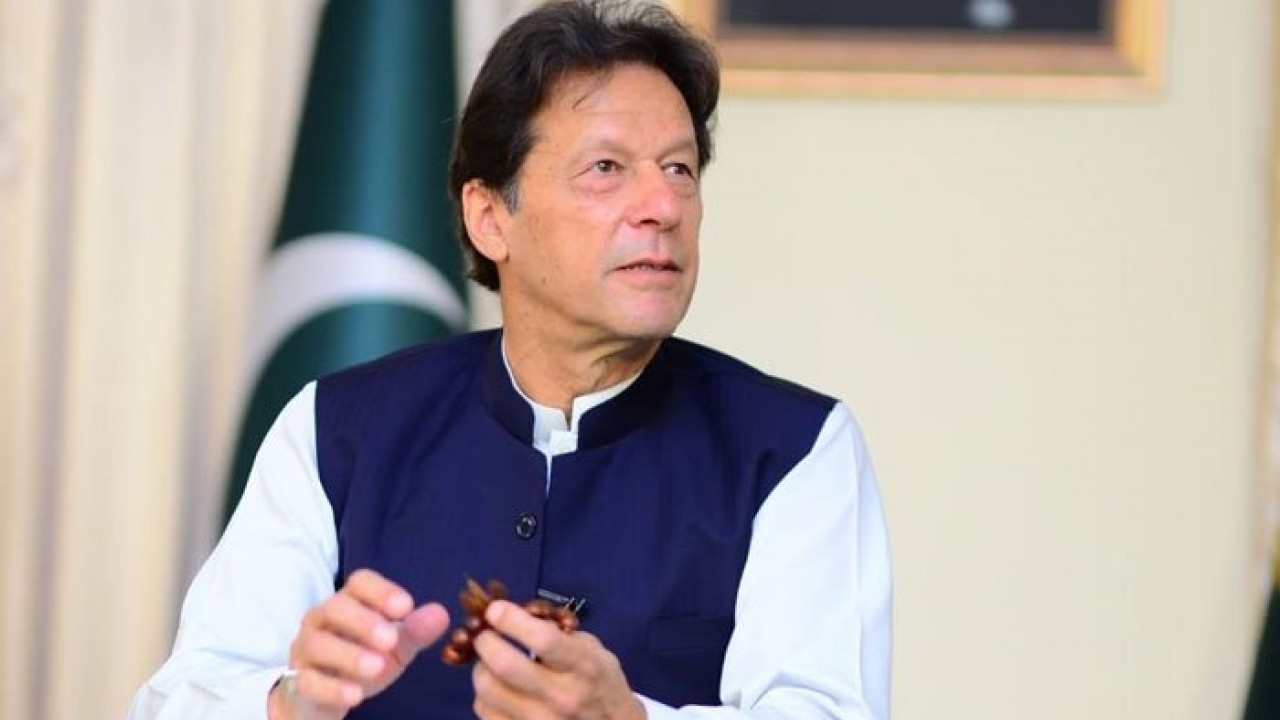 According to the latest speaker list, the Pakistani leader will address world leaders via video link on September 24, two days after the Assembly's General Debate begins.PM Khan last spoke to the UN General Assembly in 2019, when he gave a powerful statement against the Kashmir conflict.

Among others delivering pre-recorded statements this year will be the presidents of Iran, Egypt, France, Indonesia, South Africa, and Zimbabwe.

Meanwhile, the 76th session of the 193-member Assembly, which had gone virtual in 2020 due to the coronavirus pandemic, is opening Tuesday afternoon, under the chairmanship of Abdulla Shahid of the Maldives, who was elected its President, replacing Volkan Bozkir of Turkey.

This year’s theme is: “Building resilience through hope – to recover from COVID-19, rebuild sustainability, respond to the needs of the planet, respect the rights of people, and revitalize the United Nations”.

U.S. President Joe Biden, King Abdullah of Jordan and the presidents of Turkey, Brazil, Venezuela, and Palestine, as well as prime ministers of the United Kingdom, Japan, and India, will be among those leaders present at U.N. headquarters in New York to deliver their country’s speech in high-level debate beginning on Sept 22.

Prime Minister Narendra Modi is set to speak on September 25, a day after he participates in the Quad Leaders’ Summit in Washington DC hosted by President Biden on September 24.

Pakistan Foreign Minister Shah Mahmood Qureshi, who is reaching New York on Sept 20, will participate in several events being held during the Assembly’s high-level week including a meeting of OIC Working Group on Jammu and Kashmir, a ministerial meeting of the Uniting for Consensus (UfC) group on Security Council reform and a high-level meeting on energy.

FM Qureshi will also hold a number of bilateral meetings with his counterparts, meet the UN Secretary-General Antonio Guterres and interact with members of the Pakistani community and businessmen besides the Pakistani and international media.

Because of the ongoing COVID-19 pandemic, the U.N.’s members decided to make this year’s gathering hybrid, offering nations the possibility of sending leaders to New York in person or making pre-recorded statements to be shown in the iconic assembly hall, as virtually all countries did last year.

Many diplomats and leaders had complained publicly that virtual meetings cannot substitute for in-person one-to-one or group contacts to tackle regional and global challenges and crises.

The last scheduled speakers on Sept. 27 are from the delegations of North Korea, Myanmar, Guinea, and Afghanistan.

Currently, the Afghan envoy at the UN is Ambassador Ghulam Issaczai, who was appointed by former President Ashraf Ghani as Kabul’s envoy to the UN in June 2021. The interim Taliban government has not yet made any submission challenging Isaczai’s credentials.

Under measures to prevent the spread of COVID-19, member states have agreed to limit the delegations entering U.N. headquarters with a leader or minister to six people, with only four of them allowed in the General Assembly chamber. The secretary-general has also mandated that all U.N. staff in the building during the week be vaccinated.

U.N. spokesman Stephane Dujarric said all people entering the U.N. headquarters complex, including visitors, delegates, and contractors, will have to “attest through their swipe card or escorted entry that they do not have symptoms of COVID-19 and have not tested positive for COVID-19 in the last 10 days.”

Shehroz Azhar is a senior editor at GNN, known for writing top quality content which garner very high readerships and has been covering every field of journalism, including politics, media, sports and scholarly articles. Shehroz Azhar is nothing less than a Veteran Editor and has been writing for GNN for the past 6 months.