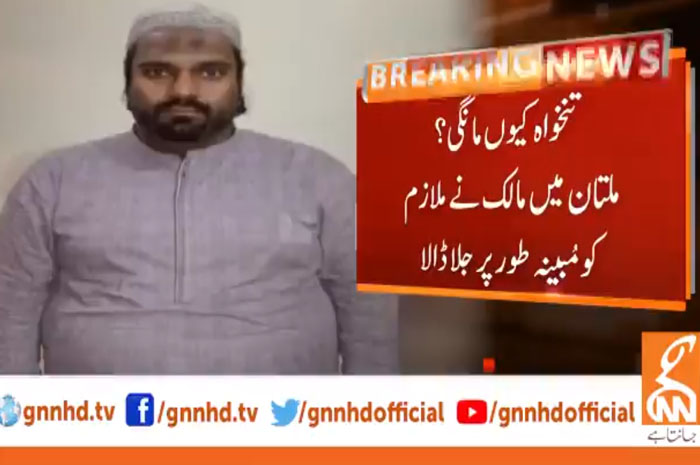 The victim, who has been identified as Irshad, worked as a domestic help at the house of Akram.

The accused turned violent after the father of the worker asked him to pay the monthly salary. Taking merciless act, Akram put the boy on fire.

Irshad suffered serious burn injures and he is said to be in critical condition at the hospital.

Police have registered a case and arrested the suspect, who will be produced in a court for his physical remand.