The most oft-repeated cliché by members of the ruling elite in our political discourse is as follows, "We are passing through the most critical period of our history".

But fact of the matter is that these ladies and gentlemen who lament this state of affairs personally never experience any such criticality, so to say, except for naturally falling ill or dying in the luxury of their ostentatiously built homes.

The most common and perhaps the most superficial and misleading argument that is put forth is that of so-called good or bad governance. This jargon and phraseology has consciously been designed to lead to oversimplifications, aimed at deducing false conclusions.

Is this just a question of good and bad governance? Can it solely explain the misery, hunger and deprivation that besets us? Well, things are not that simple. We have been toeing all the policies that were prescribed by our western masters. More than 80 percent members of Pakistan's first planning commission were Americans.

Our growth rates were healthier when president Ayub Khan embarked on his industrialization drive and afterwards handed over those units to the private sector. His uneven development triggered the longest ever movement in the history of Pakistan and apparently healthy growth rates of Ayub's regime resulted in the overthrow of his own government.

Subsequent years saw the rise of Zulfiqar Ali Bhuto on the heels of 1968-69 movement and his socialist program. Bhutto did far less than what he promised in his manifesto and sought to rebuild the system which he had promised to smash once in power. That became his tragic flaw and resulted in the counter revolution which Gen Zia initiated during his brutal regime.

The post-Zia period was also continuation of the counter-revolution garbed in the democratic dispensation during which the international financial institution gradually took over the economy.

Four decades of less government and austerity has taken its toll and what we find as a natural sequel to this exercise is a broken system ailing economy and a period of unprecedented instability at hand. This year at the World Economic Forum all those who matter, strangely enough, talked about the so-called "Grand Reset". This was, in fact, was an admission of failure of the economic paradigm which based itself on trickledown theory which, needless to say, miserably failed.

And last but not the least, the IMF has, for the first time in history, began keeping the record of protest movements and concluded in its report the world has entered into a phase of extreme volatility where falling living standard and unemployment would result in social unrest of huge proportions  in the  world at large.

The movement in India and Myanmar may serve as a reminder to us that we are part of the same economic reality and sooner than later such political convulsions may catch us unaware and overtake all the nonissues upon which our political discourse is currently based. Oligarchy in the name of democracy cannot continue indefinitely. The toiling masses may soon serve a notice to the ruling elite, a scenario which was predicted at the annual meet of WEF at Devos. All the claimants of power wrangling with each other may join hands in the event of any such movement. So far the one way war on the peoples of the world will soon provoke a response of epic proportions.

The elite that gathered at Devos this year have already warned governments, big corporations and those who are at helm of the affairs, and advised the Grand Reset with an enhanced role of governments. So far governments are doing so by printing currency in the first world and doling it out.

It seems an end of ‘The End of History' thesis by Francis Fukuyama and ‘Clash of Civilization’ is fast giving way to the clash of classes. And history shows we need a good system without which good governance is not possible.

The writer is a senior journalist and political analyst. Is liberal democracy in its death throes? 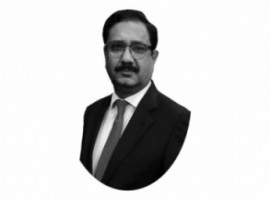 The pandemic, the elite and our immediate future