The TikTok murders; what really happened? 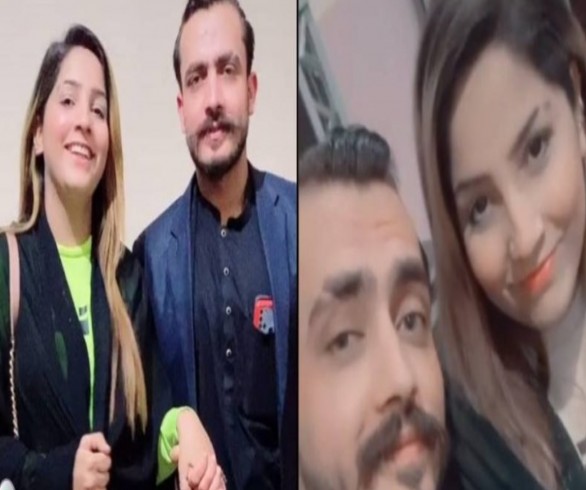 In an unfortunate incident, four TikTokers including a woman, lost their lives when an unidentified man opened fire on their vehicle on Tuesday, February 2 near Uncle Surya Hospital in the metropolitan city

In the early hours of February 2, unknown assailants fired at four people seated inside a car near Uncle Sariya Hospital in Karachi’s Garden area with a 9mm pistol. Among them was TikTokker Ruqaiya, famous on the social media app as Muskaan Sheikh. Along with her were Amir, Saddam Afridi and Rehan Shah.

When police reached the site, Muskaan was found dead inside the car. Her companions were lying nearthe vehicle, most near death. All three were hurried to Civil hospital but could not survive. Police figured out that while Muskaan died immediately, the three men tried to run away but were gunned down, one by one.

Muskaan, originally a native of Hazara Division, now lived in Landhi Sherpao Colony. She had once been married although that union ended in a divorce. She was also the mother ofa five-year-old son. Amir, Rehan and Saddam were all residents of Baldia Town. Who had killed these TikTokers? For police, the clues all pointed in one direction.

Rehman Ali Shah alias Sher Afghani, was an Afgan national who was the brother-in-law of Landhi’s drug lord Asif Tanoli. He had been friends with Muskaan at one point in time, although that relationship seems to have ended on a sour note. A few months ago, Rehman had opened fire near Muskaan and Amir to scare them off.

When he had met Muskaan, it seemed to have been a case of mutual admiration. Rehman had showered her with expensive gifts, including the latest iPhone. Muskaan was also, allegedly, a part of his vast network of peddlers of the drug crystal methamphetamine, more commonly known as ice.

Scared and wary of Muskaan’s activities, her family had cut off ties with her. She was completely under Rehman’s influence and patronage. So much so that the rent of house Muskaan lived in, was paid by Rehman.

Cracks in the seemingly unbreakable bond between Muskaan and Rehman first appeared when Amir, Saddam and Rehan entered the picture. Muskaan befriended the three and started uploading videos with them onto TikTok. She became especially close to Amir. The proximity between the two led to the firing incident where Rehman opened fire in a bid to scare them off. The matter was eventually settled with the intervention of Rehman’s friends and relatives. Muskaan’s cheating led to another altercation where the drug lord entered the TikTok star’s house and threatened to kill her son.

Fed up with the threats, Muskaan finally went to the police and registered a complaint against Rehman at the Quaidabad police station. She also nominated Asif Tanoli in the complaint.

As for Amir, Rehan and Saddam, the trio were also suspicious characters. Despite their activities, no police records were found against Amir and Muskaan. Saddam and Rehan, though, did have criminal records. Saddam had been nominated in incidents of arial firing, drug peddling and gambling. Rehan had the same record, with the addition of case of attempted murder. At the time of their murder, both had been out on bail.

On the fateful night of Febriary 2, all four had decided to go out and have dinner. Muskaan was with the three men nearly all night long. From her home, she took a rickshaw to Garden where Amir met her in his friend Shahid’s car. Then the two picked up Saddam and made a video at his place, while Rehan also joined them.

After dinner, the car turned towards Muskaan’s home to drop her off, where Rehman was waiting for them.

All four murders have been mentioned in the case filed by Saddam’s brother. Police carried out many raids in Landhi to arrest Rehman but has been unable to find him. Qaiser Tanoli and Sanam Tanoli, relatives of the drug lord, are alos missing. Rehman’s mobile phone was last traced to a location near Quetta, in Balochistan.

He remains wanted for the murder of the three TikTok stars.